In computing, a denial-of-service (DoS) or distributed denial-of-service (DDoS) attack is an attempt to make a machine or network resource unavailable to its intended users. Although the means to carry out, the motives for, and targets of a DoS attack vary, it generally consists of efforts to temporarily or indefinitely interrupt or suspend services of a host connected to the Internet. In this article I will show how to carry out a Denial-of-service Attack or DoS using hping3 with spoofed IP in Kali Linux.

Denial-of-service threats are also common in business, and are sometimes responsible for website attacks.

This technique has now seen extensive use in certain games, used by server owners, or disgruntled competitors on games, such as popular Minecraft servers. Increasingly, DoS attacks have also been used as a form of resistance. Richard Stallman has stated that DoS is a form of ‘Internet Street Protests’. The term is generally used relating to computer networks, but is not limited to this field; for example, it is also used in reference to CPU resource management.

hping3 works well if you have other DoS tools such as GoldenEye running (using multiple tools that attacks same site/server/service increases the chances of success). There are agencies and corporations to runs DoS attack map in Realtime. that shows worldwide DDoS attacks almost in realtime.

Let’s face it, you installed Kali Linux to learn how to DoS, how to crack into your neighbors Wireless router, how to hack into a remote Windows machine be that a Windows 2008 R2 server or Windows 7 or learn how to hack a website using SQL Injection. There’s lot’s of guide that explain it all. In this guide, I am about to demonstrate how to DoS using hping3 with random source IP on Kali Linux. That means,

Sounds good? I bet it does. But before we go and start using hping3, let’s just go over the basics..

hping3 is a free packet generator and analyzer for the TCP/IP protocol. Hping is one of the de-facto tools for security auditing and testing of firewalls and networks, and was used to exploit the Idle Scan scanning technique now implemented in the Nmap port scanner. The new version of hping, hping3, is scriptable using the Tcl language and implements an engine for string based, human readable description of TCP/IP packets, so that the programmer can write scripts related to low level TCP/IP packet manipulation and analysis in a very short time.

Like most tools used in computer security, hping3 is useful to security experts, but there are a lot of applications related to network testing and system administration.

hping3 should be used to…

hping3 is pre-installed on Kali Linux like many other tools. It is quite useful and I will demonstrate it’s usage soon.

That’s enough background, I am moving to the attack. You only need to run a single line command as shown below:

Let me explain the syntax’s used in this command:

So how do you know it’s working? In hping3 flood mode, we don’t check replies received (actually you can’t because in this command we’ve used –rand-souce flag which means the source IP address is not yours anymore.)

Took me just 5 minutes to completely make this machines unresponsive (that’s the definition of DoS – Denial of Service).

In short, if this machine was a Web server, it wouldn’t be able to respond to any new connections and even if it could, it would be really really slow.

I found this article which I found interesting and useful. I’ve only modified them to work and demonstrate with Kali Linux (as their formatting and syntaxes were broken – I assume on purpose :) ). These are not written by me. Credit goes to Insecurety Research

Any new and modern firewall will block it and most Linux kernels are built in with SYN flood protection these days. This guide is meant for research and learning purpose. For those who are having trouble TCP SYN or TCP Connect flood, try learning IPTables and ways to figure out how you can block DoS using hping3 or nping or any other tool. You can also DoS using GoldenEye that is a layer 7 DoS attack tool to simulate similar attacks or PHP exploit to attack WordPress websites.

p.s. I’ve included hping3 manpage in the next page in case you want to look that one up.

I'm sure you bumped into situations where you needed to fake IP address in a capture file. This maybe required when you're trying to send the capture file to someone that you don't really share your real IP's with or you just want to change cause you can. If you've tried this and looked around the interwebs, you'd surely know that there's not many guides available and most people would just tell casually "just use sed" or use "WireEdit" and pay some fees for their license. Now, both works but I just got pissed off in a particular situation where sed wasn't an options (the file was literally few GB's in size and most text editors would just freeze) and to make things worse, I needed to filter a lot of info and only keep source and destination IP addresses in there for privacy's sake. Yeah, that means removing all those noises like DNS, UDP, Broadcast, Cisco ARP, Broadcast, MDNS (yes, that too), SSDP ... yes, pretty much anything except TCP/UDP, HTTP and TLS trarffic between my server and the destination server. So, in summary I had to filter all of these noises and change IP address in packet capture file to hide source IP address, this is similar to faking IP address in packet captures. You can also use other tools to do it on the fly but they require more setup and all I just wanted to do is to hide my source IP. 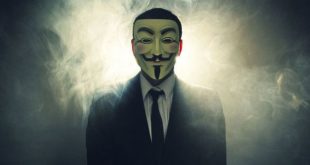