cudaHashcat or oclHashcat or Hashcat on Kali Linux got built-in capabilities to attack and decrypt or Cracking WPA2 WPA with Hashcat – handshake .cap files. Only constraint is, you need to convert a .cap file to a .hccap file format. This is rather easy. Hashcat is the self-proclaimed world’s fastest CPU-based password recovery tool. It is available free of charge, although it has a proprietary codebase. Versions are available for Linux, OSX, and Windows and can come in CPU-based or GPU-based variants. Hashcat currently supports a large range of hashing algorithms, including: Microsoft LM Hashes, MD4, MD5, SHA-family, Unix Crypt formats, MySQL, Cisco PIX, and many others.

Hashcat has made its way into the news many times for the optimizations and flaws discovered by its creator, which become exploited in subsequent hashcat releases. (For example, the flaw in 1Password’s hashing scheme.)

Hashcat offers multiple attack modes for obtaining effective and complex coverage over a hash’s keyspace. These modes are:

The traditional bruteforce attack is considered outdated, and the Hashcat core team recommends the Mask-Attack as a full replacement.

Many of the algorithms supported by Hashcat can be cracked in a shorter time by using the well-documented GPU-acceleration leveraged in oclHashcat (such as MD5, SHA1, and others). However, not all algorithms can be accelerated by leveraging GPUs. Bcrypt is a good example of this. Due to factors such as data dependant branching, serialization, and Memory (to name just a few), oclHashcat is not a catchall replacement for Hashcat.

I have a NVIDIA GTX 210 Graphics card in my machine running Kali Linux 1.0.6 and will use rockyou dictionary for most of the exercise. In this post, I will show step on Cracking WPA2 WPA with Hashcat (handshake files) (.cap files) with cudaHashcat or oclHashcat or Hashcat on Kali Linux.

I will use cudahashcat command because I am using a NVIDIA GPU. If you’re using AMD GPU, then I guess you’ll be using oclHashcat. Let me know if this assumptions is incorrect.

To enable GPU Cracking, you need to install either CUDA for NVIDIA or AMDAPPSDK for AMD graphics cards. I’ve covered those in in my previous posts.

Why use Hashcat for cracking WPA WPA2 handshake file?

Now this doesn’t explain much and reading HASHCAT Wiki will take forever to explain on how to do it. I’ll just give some examples to clear it up.

Hashcat allows you to use the following built-in charsets to attack a WPA2 WPA handshake file.

If your password is all letters in CAPS such as: ABCFEFGH or LKHJHIOP or ZBTGYHQS ..etc. then you can use the following MASK:

It will crack all 8 Letter passwords in CAPS.

If your password is all letters in lowercase such as: abcdefgh or dfghpoiu or bnmiopty..etc. then you can use the following MASK:

It will crack all 8 Letter passwords in lowercase. I hope you now know where I am getting at.

Note: ?a represents anything …. I hope you’re getting the idea.

If you are absolutely not sure, you can just use any of the predefined MASKs file and leave it running. But yeah, come back to check in a million years for a really long password …. Using a dictionary attack might have more success in that scenario.

Passwords – when you know a few characters

If you somehow know the few characters in the password, this will make things a lot faster. For every known letter, you save immense amount of computing time. MASK’s allows you to combine this. Let’s say your 8 character password starts with abc, doesn’t contain any special characters. Then you can create a MASK rule file to contain the following:

There will be 125 combinations in this case. But it will surely break it in time. This is the true power of using cudaHashcat or oclHashcat or Hashcat on Kali Linux to break WPA2 WPA passwords.

You can even up your system if you know how a person combines a password. Some people always uses UPPERCASE as the first character in their passwords, few lowercase letters and finishes with numbers.

Your mask will be:

This will make cracking significantly faster. Social engineering is the key here.

That’s enough with MASK’s. Now let’s capture some WPA2 WPA handshake files. Following WiFite section was taken from a previous guide Cracking Wifi WPA2 WPA passwords using pyrit cowpatty in Kali Linux which was one of the best guides about cracking Wifi passwords out there. 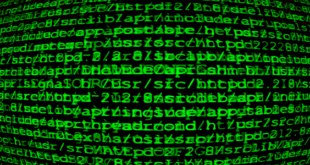 Steganography is the practice of concealing a file, message, image, or video within another file, …