The Inception attackers have been active since at least 2014 and have been documented previously by both Blue Coat and Symantec; historical attacks used custom malware for a variety of platforms, and targeting a range of industries, primarily in Russia, but also around the world. This blog describes attacks against European targets observed in October 2018, using CVE-2017-11882 and a new PowerShell backdoor we’re calling POWERSHOWER due to the attention to detail in terms of cleaning up after itself, along with the malware being written in PowerShell.

Unit 42 has previously observed attacks from the group in 2017 against government targets in Europe, Russia, and Central Asia and expects these to remain the primary regions this threat is seen.

In the last writeup by Symantec they describe a two-stage spear phishing process used by the Inception attackers, whereby the attackers first send a reconnaissance spear phish, and follow this up with a second spear phish containing a remote template, which if loaded delivers a first stage payload.

In their most recent attacks it appears that only one document is used, but in a way that allows them to not reveal their final payload immediately; however, the use of templates remains the same.

Remote templates are a feature of Microsoft Word which allow a document to load a template to be used in a document – this template can be externally hosted, either on a file share, or on the internet. The template is then loaded when the document is opened. The Inception attackers use this feature in a malicious context as shown in Figure 1 below:

Figure 1. Overview of how the attack takes place.

Using a remote template in this way has been a consistent feature of the Inception attackers’ attacks for the past 4 years and has three main benefits to the attacker:

Figure 2. Example of how remote templates are referenced in Inception documents.

When opened, the documents display decoy content and attempts to fetch a malicious remote payload via HTTP. The decoy content is usually copied from media reports, often with political themes in the target regions, some examples of decoys observed are shown in Figure 3, including invites to international conferences and news articles on the current situation in Crimea. Figure 3. Examples of decoys shown in Inception attacks in 2018. The first is taken from a VGOPAD invitation sent on Facebook in 2017, the second is from a European Policy center summary.

On most occasions the remote server did not return a malicious template, however we recently observed two cases where a malicious template containing two exploits was served. In both cases the template contained exploits for both CVE-2012-1856 and CVE-2017-11882, which target vulnerabilities in Word disclosed and patched in 2012 and 2017 respectively.

The payload for the exploits was VBScript in an OLE package object, which in turn decodes and executes POWERSHOWER, a simple PowerShell backdoor.

POWERSHOWER – Malware that Cleans up After Itself

Earlier, we mentioned that previous attacks were apparently delivered over two spear phishing emails, with the first only being used for reconnaissance. In the latest cases we only observed a single document being sent to the targets, with reconnaissance, exploitation, and payload delivery happening on the first attempt.

The dropped payload, POWERSHOWER, acts as an initial reconnaissance foothold and is almost certainly used to download and execute a secondary payload with a more complete set of features. By only using this simple backdoor to establish a foothold, the attacker can hold back their most sophisticated and complex malware for later stages, making them less likely to be detected.

In a nutshell, POWERSHOWER allows the attacker to:

POWERSHOWER first checks if Microsoft Word is currently running, if it is, then the malware assumes it is the first run through of the malware and performs the following operations:

If Microsoft Word is not running, the malware enters its main communications loop, performing the following actions in sequence, this loop should only be entered after a reboot of the machine:

The code behind the main C&C loop is shown in Figure 4. Although the malware is simple again it’s fairly effective, giving the attacker options on how to run their next, more sophisticated, payload.

The Inception attacks continue to mostly stay under the radar, which in part is down to the effort put in by the attackers to make their attacks harder to analyze. In the latest wave of attacks, they’ve done this through:

Remote Template Documents where we have the matching payload

Other related templates and exploit documents from 2018 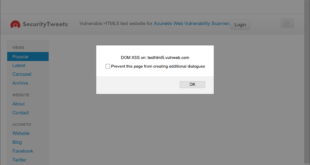 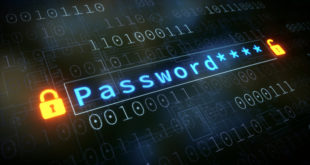 Most of web application security vulnerabilities, leverage user input in ways that were not initially …