In a traditional brute-force attack, a malicious actor attempts to gain unauthorized access to a single account by guessing the password. This can quickly result in a targeted account getting locked-out, as commonly used account-lockout policies allow three to five bad attempts during a set period of time. During a password-spray attack (also known as the “low-and-slow” method), the malicious actor attempts a single password against many accounts before moving on to attempt a second password, and so on. This technique allows the actor to remain undetected by avoiding rapid or frequent account lockouts. Email applications are also targeted. In those instances, malicious actors would have the ability to utilize inbox synchronization to (1) obtain unauthorized access to the organization’s email directly from the cloud, (2) subsequently download user mail to locally stored email files, (3) identify the entire company’s email address list, and/or (4) surreptitiously implements inbox rules for the forwarding of sent and received messages.

Traditional tactics, techniques, and procedures (TTPs) for conducting the password-spray attacks are as follows: 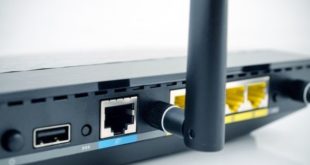