This is something I would like to keep track, so posting it here. Very useful and scary that how easily it can happen. Certain UDP protocols have been identified as potential attack vectors.

Following list is what I’ve found useful and interesting reading material, some are more common due to recent activity and DOS war between CloudFlare, SpamHaus and Cyber Bunker. Rest of services are quite low profile, but according to US Cert, they all have the similar vulnerability and can cause massive system outage. I will keep adding more links and tools below, if you have and interesting reading material or proof of concept tool, let me know via comment section and I will add it to the list.

UDP, by design, is a connection-less protocol that does not validate source IP addresses.  Unless the application-layer protocol uses countermeasures such as session initiation, it is very easy to forge the IP packet datagram to include an arbitrary source IP address [7].  When many UDP packets have their source IP address forged to a single address, the server responds to that victim, creating a reflected Denial of Service (DoS) Attack.

Recently, certain UDP protocols have been found to have particular responses to certain commands that are much larger than the initial request.  Where before, attackers were limited linearly by the number of packets directly sent to the target to conduct a DoS attack, now a single packet can generate tens or hundreds of times the bandwidth in its response.  This is called an amplification attack, and when combined with a reflective DoS attack on a large scale it makes it relatively easy to conduct DDoS attacks.

The list of known protocols, and their associated bandwidth amplification factors, is listed below.  US-CERT would like to offer thanks to Christian Rossow for providing this information to us.

Attackers can utilize the bandwidth and relative trust of large servers that provide the above UDP protocols to flood victims with unwanted traffic, a DDoS attack.

Detection of DRDoS attacks is not easy, due to their use of large, trusted servers that provide UDP services.  As a victim, traditional DoS mitigation techniques may apply.

As a network operator of one of these exploitable services, look for abnormally large responses to a particular IP address.  This may indicate that an attacker is using your service to conduct a DRDoS attack.

Because the UDP requests being sent by the attacker-controlled clients must have a source IP address spoofed to appear as the victim’s IP, the first step to reducing the effectiveness of UDP amplification is for Internet Service Providers to reject any UDP traffic with spoofed addresses. The Network Working Group of the Internet Engineering Task Force (IETF) released Best Current Practice 38 document in May 2000 and Best Current Practice 84 in March 2004 that describes how an Internet Service Provider can filter network traffic on their network to reject packets with source addresses not reachable via the actual packet’s path [3][4].  The changes recommended in these documents would cause a routing device to evaluate whether it is possible to reach the source IP address of the packet via the interface that transmitted the packet. If it is not possible, then the packet most likely has a spoofed source IP address. This configuration change would substantially reduce the potential for most popular types of DDoS attacks. As such, we highly recommend to all network operators to perform network ingress filtering if possible.  Note that it will not explicitly protect a UDP service provider from being exploited in a DRDoS (all network providers must use ingress filtering in order to completely eliminate the threat).

To verify your network has implemented ingress filtering, download the open source tools from the Spoofer Project [5].

Limiting responses to UDP requests is another potential mitigation to this issue.  This may require testing to discover the optimal limit that does not interfere with legitimate traffic.  The IETF released Request for Comment 2475 and Request for Comment 3260 that describes some methods to shape and control traffic [6] [8].  Most network devices today provide these functions in their software. 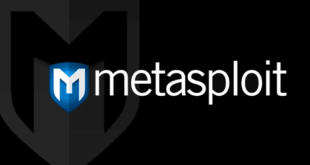 How to search exploits in metasploit?

Metasploit was created by H. D. Moore in 2003 as a portable network tool using … 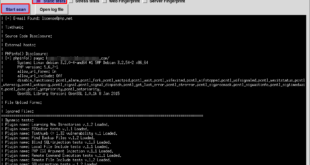 Uniscan is a simple Remote File Include, Local File Include and Remote Command Execution vulnerability …