Once the WPS pin is found, the WPA PSK can be recovered and alternately the AP’s wireless settings can be reconfigured. This post outlines the steps and command that helps cracking Wifi WPA/WPA2 passwords using Reaver-WPS.

While Reaver-wps does not support reconfiguring the AP, this can be accomplished with wpa_supplicant once the WPS pin is known.

Readers, note that I’ve since written another post where I could crack a password in 14.21 seconds. using pyrit cowpatty and WiFite combination attack with dictionary.The whole process takes less than 10 minutes.

Those who would like to try more ways of cracking Wifi WPA WPA2 passwords, you can also use HashCat or cudaHashcat or oclHashcat to crack your unknown Wifi WPA WPA2 passwords. The benefit of using Hashcat is, you can create your own rule to match a pattern and do a Brute-force attack. This is an alternative to using dictionary attack where dictionary can contain only certain amount of words but a brute-force attack will allow you to test every possible combinations of given charsets. Hashcat can crack Wifi WPA/WPA2 passwords and you can also use it to crack MD5, phpBB, MySQL and SHA1 passwords. Using Hashcat is an good option as if you can guess 1 or 2 characters in a password, it only takes few minutes. For example: if you know 3 characters in a password, it takes 12 minutes to crack it. If you know 4 characters in a password, it takes 3 minutes. You can make rules to only try letters and numbers to crack a completely unknown password if you know a certain Router’s default password contains only those. Possibilities of cracking is a lot higher in this way.

Reaver-wps targets the external registrar functionality mandated by the WiFi Protected Setup specification. Access points will provide authenticated registrars with their current wireless configuration (including the WPA PSK), and also accept a new configuration from the registrar.

In order to authenticate as a registrar, the registrar must prove its knowledge of the AP’s 8-digit pin number. Registrars may authenticate themselves to an AP at any time without any user interaction. Because the WPS protocol is conducted over EAP, the registrar need only be associated with the AP and does not need any prior knowledge of the wireless encryption or configuration.

Reaver-wps brute forces the first half of the pin and then the second half of the pin, meaning that the entire key space for the WPS pin number can be exhausted in 11,000 attempts. The speed at which Reaver can test pin numbers is entirely limited by the speed at which the AP can process WPS requests. Some APs are fast enough that one pin can be tested every second; others are slower and only allow one pin every ten seconds. Statistically, it will only take half of that time in order to guess the correct pin number.

Install Kali Linux, everything built into it. (Reaver-wps, libpcap and libsqlite3)

Usually, the only required arguments to Reaver-wps are the interface name and the BSSID of the target AP:

The channel and SSID (provided that the SSID is not cloaked) of the target AP will be automatically identified by Reaver-wps, unless explicitly specified on the command line:

By default, if the AP switches channels, Reaver-wps will also change its channel accordingly. However, this feature may be disabled by fixing the interface’s channel:

The default delay period between pin attempts is 1 second. This value can be increased or decreased to any non-negative integer value. A value of zero means no delay:

Some APs will temporarily lock their WPS state, typically for five minutes or less, when “suspicious” activity is detected. By default when a locked state is detected, Reaver-wps will check the state every 315 seconds (5 minutes and 15 seconds) and not continue brute forcing pins until the WPS state is unlocked. This check can be increased or decreased to any non-negative integer value:

Some poor WPS implementations will drop a connection on the floor when an invalid pin is supplied instead of responding with a NACK message as the specs dictate. To account for this, if an M5/M7 timeout is reached, it is treated the same as a NACK by default. However, if it is known that the target AP sends NACKS (most do), this feature can be disabled to ensure better reliability. This option is largely useless as Reaver-wps will auto-detect if an AP properly responds with NACKs or not:

While most APs don’t care, sending an EAP FAIL message to close out a WPS session is sometimes necessary. By default this feature is disabled, but can be enabled for those APs that need it:

When 10 consecutive unexpected WPS errors are encountered, a warning message will be displayed. Since this may be a sign that the AP is rate limiting pin attempts or simply being overloaded, a sleep can be put in place that will occur whenever these warning messages appear:

First, make sure your wireless card is in monitor mode:

To run Reaver, you must specify the BSSID of the target AP and the name of the monitor mode interface (usually ‘mon0’, not ‘wlan0’, although this will vary based on your wireless card/drivers):

You will probably also want to use -vv to get verbose info about Reaver’s progress:

Speeding Up the Attack

By default, Reaver-wps has a 1 second delay between pin attempts. You can disable this delay by adding ‘-d 0’ on the command line, but some APs may not like it:

Another option that can speed up an attack is –dh-small. This option instructs Reaver to use small diffie-hellman secret numbers in order to reduce the computational load on the target AP:

In some cases you may want/need to spoof your MAC address. Reaver supports MAC spoofing with the –mac option, but you must ensure that you have spoofed your MAC correctly in order for it to work.

The following wireless drivers have been tested or reported to work successfully with Reaver-wps:

The following wireless drivers have had mixed success, and may or may not work depending on your wireless card (i.e., if you are having problems with these drivers/cards, consider trying a new card before submitting a trouble ticket):

The following wireless drivers/cards have been tested or reported to not work properly with Reaver:

If you want to Pentest or Hack your Wifi Passwords, then the first thing you need is a compatible Wifi card. Most Wifi cards are priced between 15$-35$ USD.I see no point struggling with an unsupported card when you can just invest that extra bucks and that card will last you years. You get to learn how to pentest or hack Wifi passwords, how to Inject, spoof, setup fake AP or Honeypot. See the list of supported USB Wifi adapter cards that works in Kali Linux and are available in Amazon. 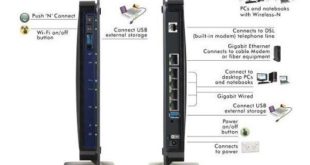 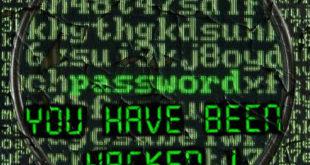