The man-in-the-middle attack (often abbreviated MITM, MitM, MIM, MiM, MITMA) in cryptography and computer security is a form of active eavesdropping in which the attacker makes independent connections with the victims and relays messages between them, making them believe that they are talking directly to each other over a private connection, when in fact the entire conversation is controlled by the attacker. The attacker must be able to intercept all messages going between the two victims and inject new ones, which is straightforward in many circumstances (for example, an attacker within reception range of an unencrypted Wi-Fi wireless access point, can insert himself as a man-in-the-middle).

A man-in-the-middle attack can succeed only when the attacker can impersonate each endpoint to the satisfaction of the other—it is an attack on mutual authentication (or lack thereof). Most cryptographic protocols include some form of endpoint authentication specifically to prevent MITM attacks. For example, SSL can authenticate one or both parties using a mutually trusted certification authority.

This is the simple scenario, and I try to draw it in a picture. Following steps show how to perform Man in the Middle Attack using Kali Linux and a target machine.

Open your terminal (CTRL + ALT + T kali shortcut) and configure our Kali Linux machine to allow packet forwarding, because act as man in the middle attacker, Kali Linux must act as router between “real router” and the victim.

You can change your terminal interface to make the view much more friendly and easy to monitor by splitting kali terminal window.

The next step is setting up arpspoof between victim and router.

After step three and four, now all the packet sent or received by victim should be going through attacker machine.

Use DriftNet to Monitor packets and images

Inspired by EtherPEG (though, not owning an Apple Macintosh, I’ve never actually seen it in operation), DriftNet is a program which listens to network traffic and picks out images from TCP streams it observes. Fun to run on a host which sees lots of web traffic.

In an experimental enhancement, DriftNet now picks out MPEG audio streams from network traffic and tries to play them.

Now we can try to use DriftNet to monitor all victim image traffic. According to its website……

Use the following command to run DriftNet

When victim browse a website with image, DriftNet will capture all image traffic as shown in the screen-shot below.

Use URLSnarf to Monitor packets

and URLSnarf will start capturing all website address visited by victim machine.

When victim browse a website, attacker will know the address victim visited.

Defenses against the attack

Various defenses against MITM attacks use authentication techniques that include:

The integrity of public keys must generally be assured in some manner, but need not be secret. Passwords and shared secret keys have the additional secrecy requirement. Public keys can be verified by a certificate authority, whose public key is distributed through a secure channel (for example, with a web browser or OS installation). Public keys can also be verified by a web of trust that distributes public keys through a secure channel (for example by face-to-face meetings).

Captured network traffic from what is suspected to be a MITM attack can be analyzed in order to determine if it really was a MITM attack or not. Important evidence to analyze when doing network forensics of a suspected SSL MITM attack include:

Hope you found it useful. 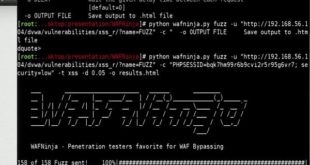 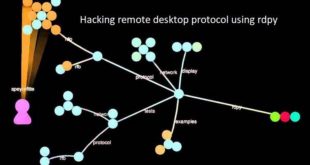