So you read newspapers? You know there was this massive DDoS (NTP amplification attack) attack last year? So, what about right now at this instance? Do you want to see Live DDoS attack maps that shows live DDoS attacks around the world?

In time I will add more monitoring (there are quite a few more but they are not Live). Before we go in and see the maps lets go over the basics first.

Note: These maps are severely CPU and memory(RAM) intensive. If you’re behind a proxy server, NORSE maps wont work. You will possibly need Flash and Java on your Linux machines to view these maps live. I’ve edited the maps to allow you to view on any screen size. (i.e. mobile or large LCD)

Although the means to carry out, the motives for, and targets of a DoS attack vary, it generally consists of efforts to temporarily or indefinitely interrupt or suspend services of a host connected to the Internet.

DoS threats are also common in business, and are sometimes responsible for website attacks.

This technique has now seen extensive use in certain games, used by server owners, or disgruntled competitors on games, such as server owners’ popular Minecraft servers. Increasingly, DoS attacks have also been used as a form of resistance. Richard Stallman has stated that DoS is a form of ‘Internet Street Protests’. The term is generally used relating to computer networks, but is not limited to this field; for example, it is also used in reference to CPU resource management.

DDoS attacks come in many different forms, from Smurfs to Teardrops, to Pings of Death. Below are details about the types of attacks and amplification methods found on the map:

These attempt to use up all the available connections to infrastructure devices such as load-balancers, firewalls and application servers. Even devices capable of maintaining state on millions of connections can be taken down by these attacks. Learn more…

These send a flood of TCP or UDP fragments to a victim, overwhelming the victim’s ability to re-assemble the streams and severely reducing performance. Learn more…

These attempt to overwhelm a specific aspect of an application or service and can be effective even with very few attacking machines generating a low traffic rate (making them difficult to detect and mitigate). Learn more…

Amplification: Two ways attacks can multiply traffic they can send

By forging a victim’s IP address, an attacker can send small requests to a DNS server and ask it to send the victim a large reply. This allows the attacker to have every request from its botnet amplified as much as 70x in size, making it much easier to overwhelm the target. Learn more…

Most computers and internet connected printers support an outdated testing service called Chargen, which allows someone to ask a device to reply with a stream of random characters. Chargen can be used as a means for amplifying attacks similar to DNS attacks above Learn more…

The list of known protocols, and their associated bandwidth amplification factors, is listed below. US-CERT would like to offer thanks to Christian Rossow for providing this information to us.

Digital DDoS attack maps is a live data visualization of DDoS attacks around the globe, built through a collaboration between Google Ideas and Arbor Networks. The tool surfaces anonymous attack traffic data to let users explore historic trends and find reports of outages happening on a given day.

Every second, Norse collects and analyzes live threat intelligence from darknets in hundreds of locations in over 40 countries. The attacks shown are based on a small subset of live flows against the Norse honeypot infrastructure, representing actual worldwide cyber attacks by bad actors. At a glance, one can see which countries are aggressors or targets at the moment, using which type of attacks (services-ports).

Norse exposes its threat intelligence via high-performance, machine-readable APIs in a variety of forms. Norse also provides products and solutions that assist organizations in protecting and mitigating cyber attacks.

To protect your website, you need to be able to block or absorb malicious traffic. Webmasters can talk to their hosting provider about DDoS attack protection. They can also route incoming traffic through a reputable third-party service that provides distributed caching to help filter out malicious traffic — reducing the strain on existing web servers. Most such services require a paid subscription, but often cost less than scaling up your own server capacity to deal with a DDoS attack.

Through the continued collaboration of the many stakeholders involved in improving the Internet, a number of efforts can help to reduce the threat of DDoS attacks.

For example, ten years ago the Network Working Group of the Internet Engineering Task Force published BCP 38 (also known as RFC 2827) as a best practice guideline for how ISPs and hosting providers can filter fake IP addresses to reduce the impact of DDoS activity on themselves and others. Unfortunately, many ISPs have still yet to implement these best practices, preventing its benefits from being fully realized by the wider internet community.

Distributed Denial of Service (DDoS) attacks can be used to make important online information unavailable to the world. Sites covering elections are brought down to influence their outcome, media sites are attacked to censor stories, and businesses are taken offline by competitors looking for a leg up. Protecting access to information is important for the Internet and important for free expression. 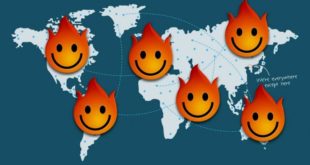 This is a #rant post, TL'DR. In summary, you can just create a Chrome, Firefox, iOS, Android extension/plugin/app for free, let it grow bigger overtime and then just sell idle users bandwidth to Bot Net for profit. And you just put that somewhere in your looong ToS that everyone just presses "I Agree, get it over with and let me use the service already". 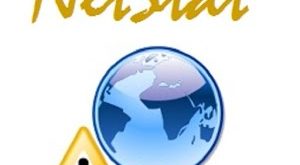 In computing, netstat (network statistics) is a command-line tool that displays network connections (both incoming …