Linus Torvalds was born in Helsinki, Finland. He is the son of journalists Anna and Nils Torvalds, and the grandson of poet Ole Torvalds. Both of his parents were campus radicals at the University of Helsinki in the 1960s. His family belongs to the Swedish-speaking minority (5.5% of Finland’s population). Torvalds was named after Linus Pauling, the Nobel Prize–winning American chemist, although in the book Rebel Code: Linux and the Open Source Revolution, Torvalds is quoted as saying, “I think I was named equally for Linus the Peanuts cartoon character”, noting that this makes him half “Nobel-prize-winning chemist” and half “blanket-carrying cartoon character”.

Linus is the person who Built The World’s Most Robust OS And Gave It Away For Free.

Over the years, he made some interesting comments, both funny and controversial. Here’s a list of those Linus Torvalds quotes .. Enjoy

I don’t necessarily think so. It might be true in certain niche areas, but almost any project will give a developer that “feel good” feeling when he has users and he feels he is doing something worthwhile. I really don’t think you need all that much “quid pro quo” in programming – most of the good programmers do programming not because they expect to get paid or get adulation by the public, but because it is fun to program. It’s superior because it’s a lot more fun and because it makes cooperation much easier (no silly NDA’s or artificial barriers to innovation like in a proprietary setting), and I think Open Source is the right thing to do the same way I believe science is better than alchemy. Like science, Open Source allows people to build on a solid base of previous knowledge, without some silly hiding.

But I don’t think you need to think that alchemy is “evil.” It’s just pointless because you can obviously never do as well in a closed environment as you can with open scientific methods.

First we had two earthquakes – fine, this week God not only hates republicans, but apparently us kernel developers too. But we kernel developers laugh in the face of danger, and a 5.5 earthquake just makes us whimper and hide in the closet for a while.

But after we’ve stopped cowering in the closet, there’s a knock on the door, and the conference organizers are handing out skate boards, with the innocent explanations of “We’re in San Diego, after all”.

If that’s not a sign of somebody trying to kill us, I don’t know what is. Handing out skate boards to a bunch of geeks sounds like a seriously misguided thing to do. 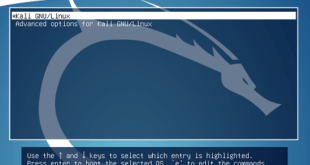