This guide takes you through step by step procedures on how to change MAC address in Linux. I’ve tried to make it generic to cover most Linux distros. If you have a different option, please comment and I will include it in my guide.

Under GNU/Linux, the MAC address of a network interface card (NIC) can be changed by following the procedures below.

NOTE: MAC addresses used within this article are provided for example only. Substitute according to your requirements.
NOTE: Commands below MUST be executed with root privileges (e.g. prepended with sudo if required), in order for things to work!

All example are for eth0 interface. If you have a different interface you can find them easily with the following command

Do the following from command line to change you MAC address temporarily. This way it will revert back to original MAC when you reboot your machine.

Try the following in Terminal to confirm if your MAC address has been changed:

If you have iproute2 utilities installed, you may prefer to use the “ip” command, as follows:

To confirm your setting, you may prefer to execute ip link ls eth0 or ip addr ls eth0 instead of ifconfig eth0.

NOTE: You may not be able do this if using a DSL modem (depending on modem vendor or ISP).

Now let move to make these changes permanent. Following guide is to enable your change survive a Reboot.

In openSUSE and other SUSE-based systems (SUSE enterprise desktop\server, etc.) you can make changes permanent” across reboots by adding an appropriate entry to the /etc/sysconfig/network/ifcfg-ethN file (ifcfg-eth0 for the first Ethernet interface config file, ifcfg-eth1 – for the second, etc.):

In Red Hat Enterprise Linux (RHEL) and other similar systems (Fedora, CentOS, etc.) an easy way to make changes permanent across reboots is to add an appropriate entry to the /etc/sysconfig/network-scripts/ifcfg-ethN file (ifcfg-eth0 for the first Ethernet interface config file, ifcfg-eth1 – for the second, etc.):

Note: in the file is a value HWADDR – This is not the same thing. Use MACADDR for permanent changes.

Upper and lower case letters are accepted when specifying the MAC address, because the network function converts all letters to upper case.

You can test changes without restarting the system by executing:

(WARNING: doing this will break all existing network connections!)

On Debian, Ubuntu, and similar systems, place the following in the appropriate section of /etc/network/interfaces (within an iface stanza, e.g., right after the gateway line) so that the MAC address is set when the network device is started:

On Gentoo you may achieve the same result by adding an entry to the global configuration file /etc/conf.d/net for each Ethernet card. Example for the eth0 device:

You can also use the tool GNU MACChanger apt-get install macchanger to change the MAC address under GNU/Linux.

To change MAC address during boot time with MACChanger, add the following line to your /etc/network/interfaces (example for the eth0 interface):

Previous How to fix WARNING: gnome-keyring:: couldn’t connect to: /root/.cache/keyring-yNzNuC/pkcs11: No such file or directory?
Next How to install AMD APP SDK in Kali Linux? 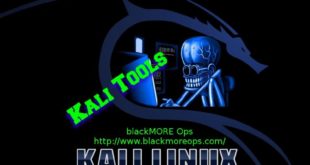