Did you ever had trouble with Network Manager and felt that you need to try to setup DHCP or static IP address from command Line in Linux? I once accidentally removed Gnome (my bad, wasn’t paying attention and did an apt-get autoremove -y .. how bad is that.. ) So I was stuck, I couldn’t connect to Internet to reinstall my Gnome Network Manager because I’m in TEXT mode network-manager was broken.  I learned a good lesson. you need internet for almost anything these days unless you’ve memorized all those manual command.

This guide will guide you on how to setup DHCP or static IP address from command Line in Linux. It saved me when I was in trouble, hopefully you will find it useful as well. In case you’ve only got Wireless, you can use this guide to connect to WiFi network from command line in Linux.

Static assignment of IP addresses is typically used to eliminate the network traffic associated with DHCP/DNS and to lock an element in the address space to provide a consistent IP target.

Some people would argue restart would work, but I prefer STOP-START to do a complete rehash. Also if it’s not working already, why bother?

If you have some other network manager (i.e. wicd, then start stop that one).

Just for the kicks, following is what restart would do:

Now that we’ve restarted both networking and network-manager services, we can bring our interface eth0 up. For some it will already be up and useless at this point. But we are going to fix that in next few steps.

The next command shows the status of the interface. as you can see, it doesn’t have any IP address assigned to it now. Now we have two options. We can setup DHCP or static IP address from command Line in Linux. If you decide to use DHCP address, ensure your Router is capable to serving DHCP. If you think DHCP was the problem all along, then go for static.

Again, if you’re using static IP address, you might want to investigate what range is supported in the network you are connecting to. (i.e. some networks uses 10.0.0.0/8, some uses 172.16.0.0/8 etc. ranges). For some readers, this might be trial and error method, but it always works.

Assuming that you’ve already completed step 1,2 and 3, you can just use this simple command

The first command updates /etc/network/interfaces file with eth0 interface to use DHCP.

The next command brings up the interface.

Use the following command to setup IP, subnet mask, broadcast address in Linux. Note that I’ve highlighted the IP addresses in red. You will be able to find these details from another device connected to the network or directly from the router or gateways status page. (i.e. some networks uses 10.0.0.0/8, some uses 172.16.0.0/8 etc. ranges)

Next command shows the IP address and details that we’ve set manually.

Because we are doing everything manually, we also need to setup the Gateway address for the interface. Use the following command to add default Gateway route to eth0.

We can confirm it using the following command:

If you’re connected to a network where you have DHCP enabled but want to assign a static IP to your interface, you can use the following command to assign Static IP in a DHCP network, netmask and Gateway.

At this point if your network interface is not up already, you can bring it up.

Looks good to me so far. We’re almost there.

Try to ping http://google.com/ (cause if www.google.com is down, Internet is broken!):

For most users step 4.4 would be the last step. But in case you get a DNS error you want to assign DNS servers manually, then use the following command:

This will add Google Public DNS servers to your resolv.conf file. Now you should be able to ping or browse to any website.

Losing internet connection these days is just painful because we are so dependent on Internet to find usable information. It gets frustrating when you suddenly lose your GUI and/or your Network Manager and all you got is either an Ethernet port or Wireless card to connect to the internet. But then again you need to memorize all these steps.

I’ve tried to made this guide as much generic I can, but if you have a suggestion or if I’ve made a mistake, feel free to comment. Thanks for reading. Please share & RT. 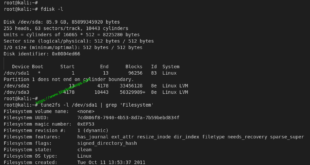